"Air Attack!” is an arcade game for Commodore C=64, Commodore VIC-20 (with expansion memory installed), Commodore PLUS/4, Atari, MSX 1 Memotech 500, Classic Gameboy and LM80C Color Computer, written in a short time thanks to the primitives made available by the "midres" library.

This game was ranked second in the RP ITALIA CHALLENGE.

The game consists of razing to the ground a set of skyscrapers, of different heights and randomly generated in each turn. The city is bombed by a plane that flies automatically, at a constant speed, from left to right. When it exits from the right side of the screen it reappears at a lower altitude on the left side, for a new passage.

The player commands the release of the bomb by pressing any key on the keyboard. The bomb can be dropped one at a time: it moves vertically and, if it hits a building, it destroys a certain number of floors, starting a fire. The player earns one point for each floor shot down. The lowering of the buildings is essential for the survival of the player: in fact, the game ends if the plane collides with a skyscraper.

The player go up of a level hen the whole city is destroyed, and then the plane is able to “glide” over the razed city. Upon reaching the level pass, his score is deducted based on the number of bombs dropped. The game then restarts with higher difficulty.

As the level increases, on average, the height of the buildings increases and therefore it will be necessary to drop more bombs to make your way between the buildings. In addition, every 10 levels, the aircraft's travel speed will increase and, therefore, there will be less time to drop bombs and to play. 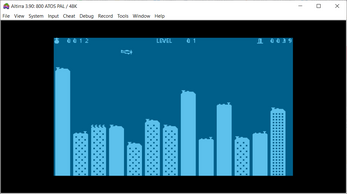 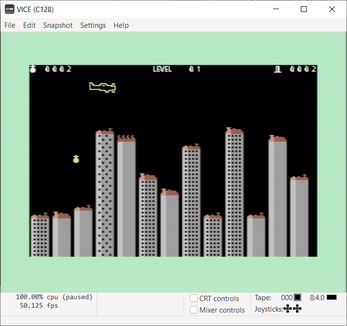 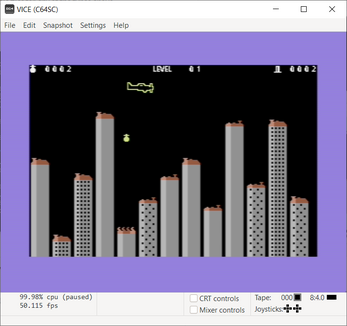 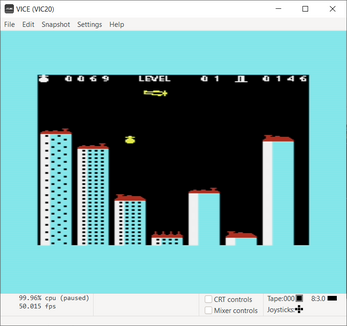 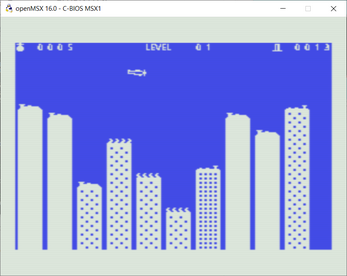