“Totto!” is an arcade game for Commodore C=64, Commodore VIC-20 (with expansion memory installed), Commodore PLUS/4, Commodore C=128, MSX 1, Memotech 500, Gameboy (Classic) and LM80C Color Computer (32KB), written in a short time thanks to the primitives made available by the "midres" library.

The game participates in the challenge of Retro Programmers Inside.

The game is a “remake” of the Flappy Bird game, whose modern gameplay is also accessible online.

The object of the game is to win all 99 levels by passing the bird through the openings in the pipes. The reward is viewing one of the four final screens.

Every ten levels also increases the speed of the bird, and this makes the game more and more difficult, because there is less room to maneuver, in order to cross the gaps. Infact, the gaps must be crossed with the maximum possible distance, under penalty of a “game over”.

The player controls the bird using any key on the keyboard. When the button is pressed, the bird accelerates upwards. When the player released it, the bird will gradually decrease its vertical speed, until it begins a slow but steady descent. To maintain the altitude it is therefore necessary to give regular “strokes” to the keyboard. To increase it, you need to hold down the key. To decrease it, simply wait, without pressing any key. 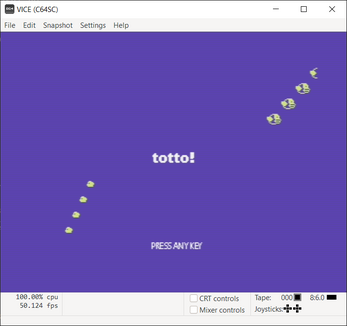 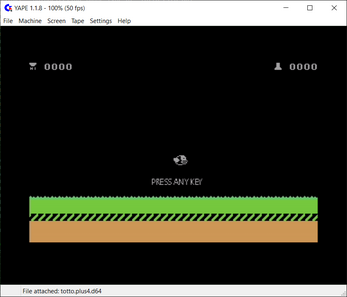 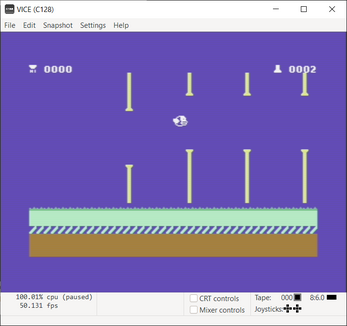 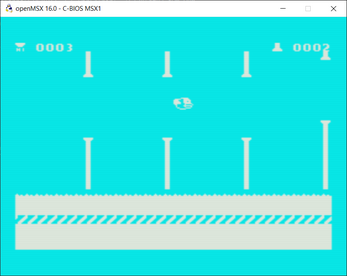